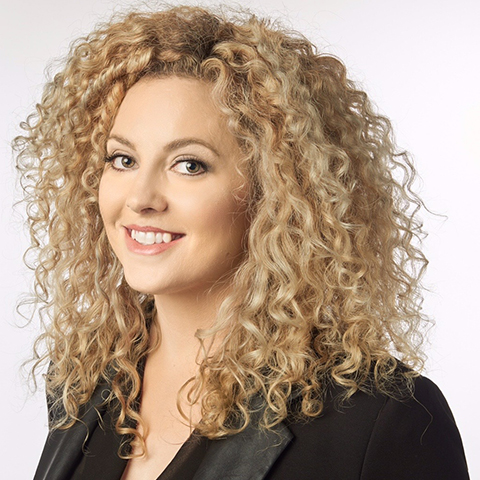 Kristy has been a Curl Stylist since 1988 when her highly textured curly hair become too unmanageable for her poor mother to deal with any more. Fearing she was doomed to a life of frizz, she spent the next 20 years searching for the “cure” for her hair. After buying every product marketed “for curly hair” known to mankind, getting a few relaxers, several weaves, dozens of blow outs, and too many traumatizing haircuts to count, Kristy finally found her way when she discovered Lorraine Massey’s book “Curly Girl The Handbook”.

Kristy’s life changed when she met Lorraine at a Curl-by-Curl cutting workshop in Atlanta in 2013. They bonded over their passion for doing curly hair and their near identical heads of corkscrew curls. Since then they’ve become close friends and collaborators. Kristy was honored to be the chief haircolorist for Lorraine’s new best selling book “Silver Hair a Handbook” published in February 2018.

Kristy has been a Level 2: Deva Advanced stylist since 2012 when she attended the Deva Curl Academy in NYC. She returned to the academy in 2015 for PsyCurlogy training and later that year was one of the first stylists in the country to become a Level 3: Deva Certified Stylist.

Kristy is a Curl by Curl educator with Lorraine’s brand Curly World and enjoys the continuous inspiration she receives from teaching others. Kristy and her husband Jake live in Stillwater with their two boys Henry and Jacob.

To Book with Kristy in New York